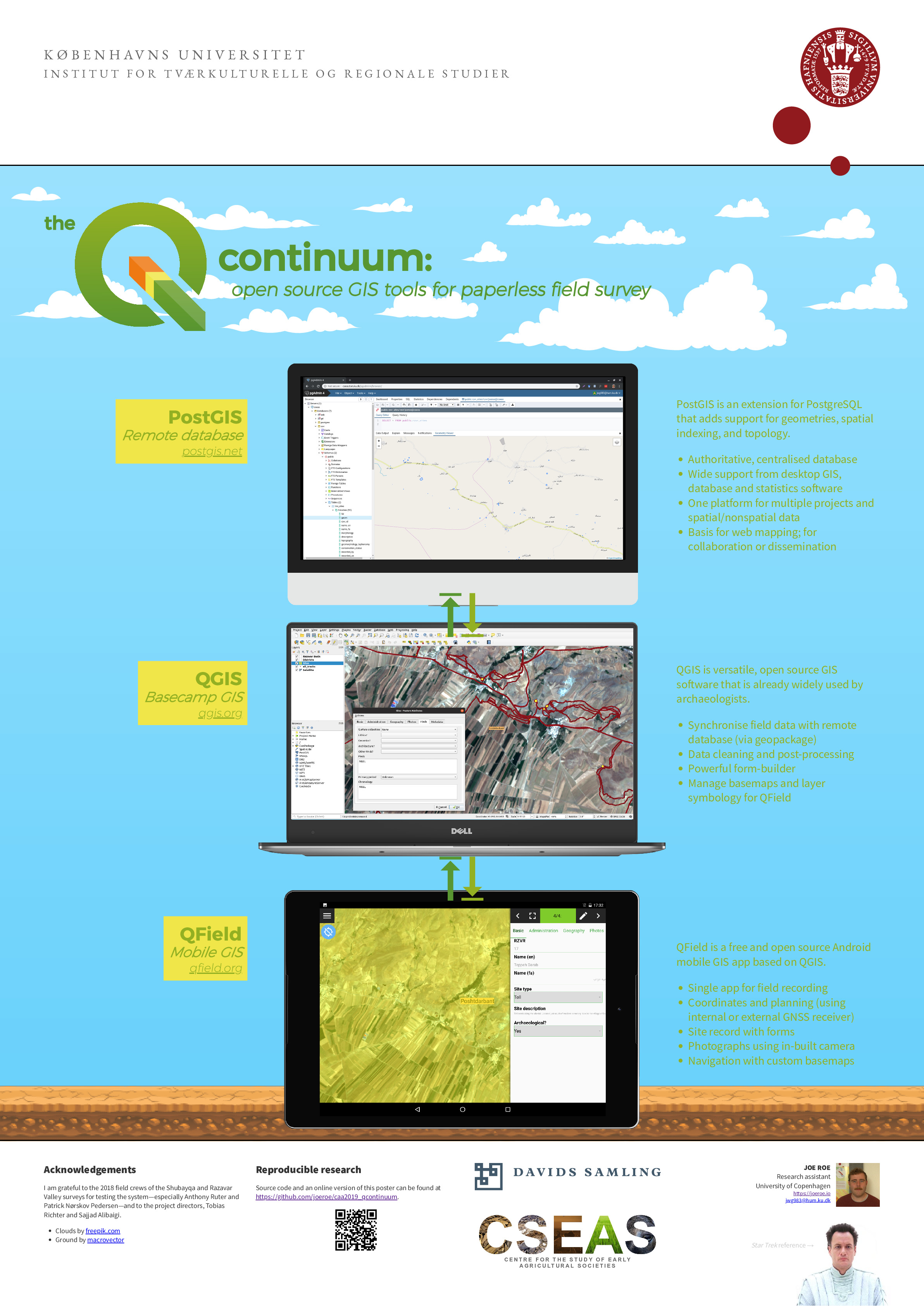 “Paperless” field documentation has been on the digital archaeologist’s agenda for over twenty years. A range of approaches have been proposed, from the straightforward application of off-the-shelf software (e.g. Filemaker, GeoODK), to full archaeological information systems (e.g. ARK, FAIMS). Despite this, we have yet to converge on a standard toolset. There appears to be a central tension between generic software, which tends to be easy to use but may lack flexibility, and systems specifically designed for archaeologists, which are full-featured but can be difficult to deploy. In this poster I outline “yet another” system for paperless recording in archaeological survey, but one which occupies a middle ground between these two approaches. It consists of a stack of open source GIS software: PostGIS, QGIS, and the newly-available mobile app QField. Running on Android devices in the field, QField natively supports the core components of survey documentation: navigation, geolocation, custom forms, photography, and planning. It seamlessly integrates with QGIS, already widely used by archaeologists, for data processing out of the field. PostGIS is used for a central database for collaboration and dissemination via webGIS. The advantage of this system is that it is flexible enough to support a full archaeological workflow, but uses easily-deployed tools that are actively maintained by a wider community of GIS developers. There are caveats, particularly in the reliance on QField, which is still in beta, but it is hoped that this approach will contribute to the eventual standardisation of digital documentation in the field archaeology.